Last night, an increasingly grand-scale and overwrought dream sequence in which the only recognizable characters besides myself were Chris Thile and Chad Urmston, playing together in a kind of jammy afro-grass hybrid with political overtones. The backdrop - spread across a multi-day rock festival, a low tech dystopian future Kansas City, a mountain hotel complex, and Southeast Nebraska - was fairly science fictional. Lasers, ubiquitous wireless broadband, force fields, etc. My old roommate Jeremy's red Ford Probe, considerably tricked out, also made an appearance during an escape/chase sequence. Very impressive visual as we raced out from underneath a giant translucent energy dome into a raging electrical storm, me in the passenger seat trying to re-establish our connection with the global VR network through the static. (Shades of Neal Stephenson.)

At some point Thile lost an arm to laser fire, and a major subplot of the rest of the dream was his struggle to play one-armed. It was a heartbreaking thing to watch on stage. Just before waking up I realized that we could build a brain-computer interface to drive a specially rebuilt mandolin.

I suppose some kind of MIDI gimmick would have been easier, but I was imagining some mechanical means of fretting the strings. The details are regrettably vague.

a brief digression on manpower, inc.

As of this weekend, I have actually lost track of the number of weeks my current employers, Manpower, have failed to pay me on time. What that means for me this weekend is that I can't read A Feast for Crows, go see State Radio, or hit the bars. What it means for a lot of my co-workers is that checks will bounce and groceries are going to have to wait.

Manpower is a large, widespread, and apparently reputable temporary employment agency. Temp agencies are built on what I imagine is a lucrative form of exploitation: In exchange for finding you quick employment, they skim 5 or 6 bucks off the top of your wage. Once the costs of matching a particular job to an individual are met (background checks and drug tests, for example), all an agency really has to do is take care of payroll and cover its own ass in legal terms. Temporary employees, meanwhile, are attractive to businesses because they are disposable at a moment's notice and are paid at a flat rate. There's little need to worry about benefits, wage increases, paid vacation, or much of anything else.

This business model is insidious and probably contributes to the inequities of the labor market. It's also self-sustaining. A large pool of temporary workers does much to ensure that jobs for the unskilled and inexperienced are only open through temp agencies. That said, if you enter the situation with your eyes open, temping can make sense. After months of searching for something reliable, I walked into a Manpower office and had full-time work the next day. This is not a substitute for the sorts of connections that will find you most decent jobs, but it's one of the few reliable mechanisms in their absence.

It may well be that Manpower, given that they are fundamentally a rent-seeking entity, are generally conscientious enough to ensure that their employees - a great many of whom must be living from paycheck to paycheck like my fellow $9 an hour peons - are paid in a timely fashion. This is certainly not true of the Louisville, Colorado office.

the lullaby-makers of my child
-hood sleep were miniscule
madmen, disturbers of the peace.
they sang back to the wind, to the
whispers of a house that makes it's own
ghosts, bends stairs under absent
feet and dreams of evicting
the bats from its walls.

this can never be done—the bats were here
for as long as the house had a soul.
some thirty or fifty years ago, their forefathers
built in these recesses a city, conceived
in sleep-chasers' dreams of escape
from the sunlight, dedicated to the eating
of insects and rearing of young.
ill-will is powerless against animal instinct.

any number of failures to block holes in
the attic and eaves, by which bats
escape nightly like shadows given teeth,
would prove to most men the futility
of fighting unexpected house-guests very long.
(even my parents, after a decade's war effort,
resigned themselves when we found an escape route
out of the basement—thereby
explaining those nights when the bats come
upstairs, all scared as hell to find themselves there.)

there is nothing to do but to watch.
when, past sunset, dusk-webbed wings take to
sky, they move sometimes like leaves
in october, self-propelled
reflection of the shape of a draft—
or defiance thereof. we call them dreamers,
for they seem to fly quietly as kites
(that devour prey with a nightmare efficiency).

their dignity is no less variable than ours.
in the walls around our beds the clawing,
scraping wings, shrill voices might mean anything
—a squabble, a scramble for space enough
to hang one's feet in that crowded tenement,
a fight broken out over lost bets, or the
drinking songs of local ne'er-do-wells
corrupting youth and rousing
respectable neighborhoods.

we expect nothing, are suspicious of everything,
but are never afraid anymore.
we listen a moment, turn over, and sleep;
our dreams would be haunted without them.

Speaking of music criticism for dumbasses, "Yankee Hotel Foxtrot did nothing to disabuse" Stephen Metcalf of the notion that Wilco sound like classic rock for frat boys. Come on, man, if you're gonna hate, hate with your brain turned on and your ears engaged. Otherwise you might wind up wasting a clever phrase like "What not to make of a diminished thing" while attacking a trendy band in some transparent bid for cheap contrarian credibility. 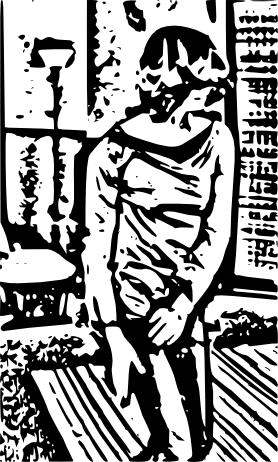 This past Monday, of course, was All Hallows Eve - an observance which is well over a thousand years old in the Christian church and probably a good deal older in various pagan traditions. In tune as we are with our cultural heritage, we chose to celebrate in the traditional manner: By running drunk and naked down Pearl Street wearing carved pumpkins on our heads. 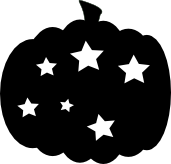 I work in a huge complex full of doors with electronic locks that require a badge to open. I do not have a badge. This has me thinking about how bureaucracies are analogous to Unix systems. The more poorly designed and administered the bureaucracy/system in question, the better the analogy works. (If the system in question is instead a version of Windows, what you have is more like the administration of a port of entry to some very corrupt Central American republic.)

You could argue that the human elements of bureaucracies should work to ameliorate their structural flaws. I wonder why the opposite happens so often. On the other hand, I wouldn't be able to do my job if people didn't keep opening doors for me.

Last night I had this conversation that crystallized some things for me, so I'm going to partially steal some points from a guy named David.

One: A large part of the consumer aesthetic/ethic in places like Boulder, full of goods that are certified organic etc., is selling people absolution for their participation in capitalism, the industrial market economy, and the whole system of the world. (See last week's etown rant.) There is profit to be made here, but the product is largely illusory.

Two: You can't drop off the grid.

Four: I may not be guilty of the actions of governments and other corporate bodies - in fact, simply accepting such guilt seems pernicious, akin to internalizing the moral strictures of a religion I don't share, or identifying myself with a nation-state - but I am implicated.

Five: None of this carries any particular weight with most people living in America. I don't know how to change that. With reference to my first point, encouraging people to buy indulgences in the form of organic certification stickers often looks suspiciously like an irrelevant distraction for the upper middle class.