The index cards have a new home now: a larger box, meant for the 5x9 size, which came with a set of tabbed alphabetical dividers. Pure chronological storage, I realized, would limit searching to brute force methods.

I now mark each new card on the long edge with an underlined title and a creation date: 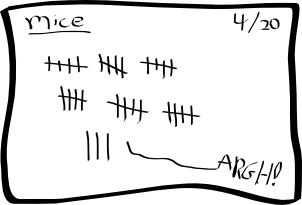 The datestamping seems worthwhile. Aside from being a key piece of information about any given task, contact, etc., it also allows the cards to act as an index into dated notebook pages, and simplifies any search for a topic referenced on a given date.

The actual mouse count now stands at nine, for those of you keeping track at home. Some may be repeat offenders, since in two instances I was too lazy to walk any further than the driveway before releasing them.

On reflection, there is only one mouse I am certain hasn't returned, and that is because I dropped it three miles from the house somewhere in the course of:

— taking the car to the end of the driveway to open the trap
— noticing oncoming headlights
— imagining the sort of conversation that results when a cop sees you bending over a ditch shaking something at 1:30 in the morning next to your running car with the Nebraska plates just after the bars let out
— deciding to turn onto the road
— driving past some completely trashed old guy stumbling along in the opposite lane
— taking said guy the 9 miles to Longmont.

I'm a licensed plumber and an electrician, the guy kept saying. Got me a job waiting in Texas. 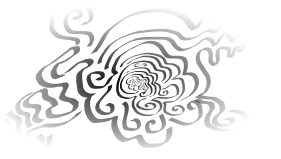