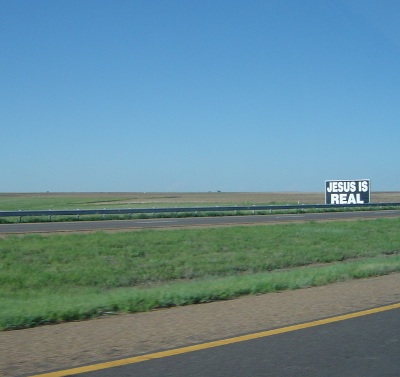 CarolAnn: that is an amazing comic

me: it's pretty darned great, yes.

me: and doesn't suffer from his usual "i'm pretending that this has some kind of meaningful continuity" problem.

CarolAnn: i think we all have this problem about everything?

Here is a list of songs I can't bring myself to hate even though I probably should (generally for reasons external to the songs):

I bought some books the other weekend. Went into The Book Cellar in Louisville and was about to check out with just The Myth of Sisyphus and Other Essays when I noticed a box of SF paperbacks from the 1960s and 70s. The lady at the counter turned out to have two more in the back.

I managed to leave with only five items total, counting Albert C. + three volumes of Bester and one of Lovecraft. I'm sure it could have been worse. There was a time I would have tried to make a deal for all three boxes, minus the stuff I already have on a shelf in Nebraska. I'm not really on the fiction train these days. I can remember reading maybe half a dozen novels last year, and I think I'm sitting at three for 2009.

I don't feel much like writing fiction these days either. At least not anything more fictional than this.

I think the reddit comments on this piece are worth reading. Every once in a while you'll say something that seems to you fairly commonsensical and trip into a zone of prejudice for an entire field. The humanities, and literature specifically, are one of those zones for an awful lot of programmers.

On the other hand, I'd hate to reinforce this idea too much. Programming is a domain of language and literature — at least as much as it's one of mathematics and mechanics. You'd have to be a pretty dull programmer not to notice how often, and how directly, programming feels like an exercise in applied philosophy or an argument about problems of representation. And for all the knee-jerk contempt floating around in the field (often so bitter and reflexive that you start to wonder if somebody had his girlfriend stolen by an English major more than once), you find a lot of hackers with broad literary interests.

What if this turns out to be my life's work?

Filesystems are usefully thought of as a mechanism for avoiding quoting.

this is just going to alienate people isn't it

Let's say you're an American male, and your girl leaves you. In the days, weeks, or months that follow, certain of your male friends or acquaintances will probably say to you "Bitches ain't shit."

They won't say this because they believe it to be true (though some of them may well be bitter misogynists). They will say it because it is so obviously untrue. Because it's a kind of watchword against the power of the person who just rejected you — a power which has become, perhaps, dangerously unmoored, unbound by the conventions and mutual ceasefires which accumulate in any relationship.

(Love and its formal arrangements end badly all the time. Suicide, murder, theft, general disgrace, John Cusack shouting at a closed apartment window through the pouring rain. They write songs about this. Your friends are worried for a reason, though they're also trying to tell you it's nothing that hasn't happened to just about everyone else you know.)

Eros isn't about kindness, though it might contain or express it. It is usually cruel, turbulent, willful, angry, and selfish. It's a kind of contest and struggle: both the most dramatic expression of ego in many lives, and the purest subjection of it.

You desire someone who has a certain kind of power over you, and you wish to exert a like power over them. The subjection to one another in desire might not be the end of the struggle through eros to mutuality, but it might just be its ground.

Like the man said, it's hard to love and not be loved.

a thought about technology

A population with sufficiently distributed general competence may tend to bootstrap itself into general incompetence.

Sitting at the Pub. Feeling dangerously like a young, upwardly mobile professional. Unable to write. Maybe I need to go knock over a bank or something.

Many practical objections to the death penalty for particularly heinous actions might be answered if the authorities and the general public alike could know with certainty that the accused were guilty. In practical terms, this is insufficient. Even a single justified execution might well be too costly, because it offers a precedent for and legitimation of the state's option to kill. Every state is corruptible, fallible, and subject to countless perverse incentives.

Practices which depend for their acceptability on the legitimacy of the power of the state should be subject to intense scrutiny. None more so than the execution of the death penalty and the prosecution of war.

Those who profess to favor both the death penalty and limited government as a general principle are usually expressing a contradiction.

It's possible to believe honestly and without contradiction that punitive killings should be encouraged outside of a framework like the rule of law. It's not especially easy to defend this view as a universal principle on historical grounds.

transcription of an imaginary adventure game