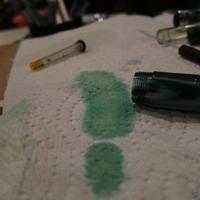 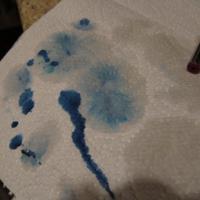 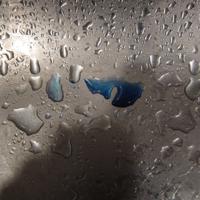 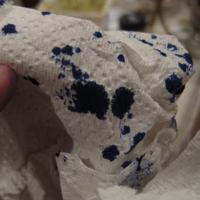 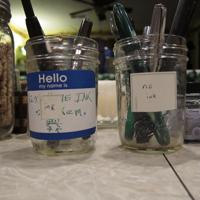 Cleaning out a handful of pens I haven’t used yet this year, before the ink can fossilize in them, I’m struck by how I’ve never learned any way to do this that isn’t just kind of a mess.

I still write quite a bit of the time with fountain pens. It’s impractical in a lot of ways, but nothing else quite matches the feel of it, or the results on a page.

I tend to carry fine-tipped pigment markers instead (Sakura Pigma Micron, Faber-Castell PITT Artist Pens, or a few other brands—drawing markers you can find in most art supply sections for a couple bucks a pop) when I’m leaving the house or traveling, because they’re easy to replace and much harder to get ink all over the place with.

Last year, though, I spent somewhere north of a hundred dollars on a Pilot Vanishing Point, this weird fountain pen with a clicky push-button retractable nib. It’s gone almost everywhere with me since then.

I’ve spent real money on pens before this, but I’ve usually regretted it. The last one quit writing after a couple of days and then literally fell apart. I’ve experimented with a bunch of things, but mostly to date I’ve had the best luck with cheap, simple plastic-bodied pens like the Sheaffer ones my mom got in school some time in the 60s or 70s—a design they probably still make some variation on for less than $10. If you wanted to get into fountain pens, you could do a lot worse than picking up one of their “calligraphy” sets.

The Vanishing Point is something else, though. It writes nicer than just about anything I’ve ever used (aside from maybe a vintage Parker 51), and the retractable nib is more than a gimmick. After a year’s pretty hard use, it’s started leaking some inside the body of the pen, which is kind of a drag, but so far it hasn’t leaked anywhere else and it feels safe to keep in a bag or a pocket. I like it so much that if it breaks, I’ll probably buy another one. In fact, the idea that it might break has me thinking about buying one right now, the way I stock up on the notebooks I like, because not having one available at any given time fills me with this kind of low-key agitation.

Totally worth it, if you are the kind of person who can somehow justify a thing as ridiculous as a luxury writing implement while the world burns and computers finish eating the physical act of writing completely.

Writing on paper crossed an interesting threshold for me recently: I’d been thinking of it as almost purely an affectation, a thing I persisted in for reasons of aesthetic stubbornness and simple physical attachment to the ritual—all well and good, but scarcely justifiable on any practical grounds beyond “I like it, and writing the way I enjoy writing helps me write at all”.

Lately, though, I feel a deepening appreciation for any technology that’s outside the reach of the network and software. Much like printed paper books live outside of Amazon’s surveillance machinery, stubbornly resist deletion, and can be freely lent out, paper notes are cognitive tools that don’t have Google Analytics and a sea of inscrutable machine-learning slapped on them. I guess that’ll only last until sufficiently high-resolution always-on cameras inescapably cover every angle in every building (or come with whatever augmented-reality system we all have to use in order to keep participating in society) but it’s no small thing for the moment.