Today it finally becomes apparent that my 5 year old homebrew computer is direly in need of repair, as vibrations in the floor and some keypresses cause the power to die suddenly. Once I've extracted the power supply, I'm sorely tempted to crack it open and see if I can find a loose connection of some kind. The "no user serviceable parts inside" warning, however, gives me pause - I sort of understand this to be doublespeak for "there's a big fat capacitor in here, dumbass, and it is not our fault if you get zapped".

Does anyone know if I am misreading this?

Addendum: I just broke down and spent $15 on a new ATX power supply at geeks.com, which is probably one of those false economies I will eventually regret. Of course, maybe it'll just be ridiculously loud. Which is kind of irrelevant in a system the size of a small refrigerator containing no fewer than 7 fans.

Anyway, I'm currently stuck with an ancient and rapidly decaying Compaq laptop. The screen occasionally loses power and has to be jiggled around, the keyboard is (like most laptops) total crap, the battery won't charge, and repeated efforts to install Debian always result in a system that becomes bizarrely unstable after a few days. Knoppix is a godsend in situations like this.

anyway, about the art of other persons

I have been reading a paperback two-in-one edition of Paul Goodman's Compulsory Mis-education and The Community of Scholars. His assessment of the state & direction of education is bleak. By the mid 1960s, a very particular, rigidly defined form of schooling, most of its priorities shaped by an ever-increasing mania for standardization and quasi-scientific assessment, has become the only acceptable way to grow up. Schools are an enormous and entrenched industry, a set of vested interests dedicated primarily to their own preservation and expansion — which there is every reason to believe will continue indefinitely. Forty-some years on, it seems clear that events have generally borne out his pessimism.

What makes Mis-education a really compelling read isn't so much the ugly picture it paints of a wasteful and destructive regime of schooling. After all, plenty of people express a well-founded discontent, and many of them raise very similar issues. It is rather that Goodman's diagnosis of the situation is lucid, historically grounded, and eminently reasonable. It is also unapologetically radical: By the standards of acceptable discourse on education in this country, both Goodman's analysis of the problem and most of his proposals are essentially unthinkable. And yet any thinking person ought to be capable of at least considering his propositions.

An unpleasant truth is that nearly all of the relevant decision makers — students, parents, teachers, local, state and federal policymakers — are locked into the current paradigm and its escalation. Some are wholeheartedly committed to that escalation, and the rest are generally unaware that there is an alternative. Students are not generally even accorded the status of decision makers - which surely says something about the whole process. Engaging with a book like this one could do lots of people a world of good.

The Community of Scholars, which I'm about halfway through, is Goodman's ideal of the University as a self-governing community, a free and voluntary association with an essentially international, essentially anarchist character. I think the experience of most college students in America circa 2006 reflects this ideal by negating almost every one of its elements. Still, if this is a utopian pipe dream, it's an extremely sympathetic one. And on reflection, my college experience did sometimes feel a little like this. Probably because I spent much more time in coffee houses, playing ultimate, and binge drinking with brilliant maniacs than I did maintaining a respectable GPA.

I'm dead serious about that last sentence. My Bachelor of Arts in History has so far served no other purpose than as a receipt, printed on very nice paper, for a staggering amount of debt. On the other hand, the particulars of the time I spent acquiring it — the dorms, bars, frisbees, classes utterly irrelevant to my major, etc. — gave me a community and a voice, and opened me to most of the meaningful experiences and relationships I have had outside of my family. My community may have been flawed. Its members were intensely self medicating, usually far from self-supporting, and often entirely self-deluded — but they were also connected to a life of the mind, international in outlook, and engaged in communication.

I think that much of what accounts for my reeling sense of alienation and dislocation in this civilization, a sense that I keep seeing in people my age, is that those of us who went to college are severing ourselves from the communities we found there, or watching them disintegrate as our friends & acquaintances follow their own trajectories and diminish under the pressures of employment & marriage, the grinding transition to a fully compromised mode of life.

thoughts on art in a world of flawed hypertext and assumptions

I regularly preocuppy myself with technical matters - improving the details of structure & toolset, the hardware & software - when I should just be using the tools I've already worked out. Having arrived at a few basic forms of expression and a platform capable of supporting them, I think it would be better to create than to work out superficially more sophisticated ways of creating.

In a related way, there is a referential and repetitive quality to much of what I do create; a tendency to create structure which leads somewhere else or endorses some other creative act.

I think these tendencies could be generalized to much of the web-using creative population. Some rough thoughts for a more interesting approach:

could i elaborate on why
work your way up from the mail room
is a bad joke?

it is a bad joke,
because the operations of the mail room
are contracted out to a doomed and
rotting corporation
whose gutless middle managers
would not be allowed to make
real decisions if they
desired the privilege

and your job, boyo, which
exists precisely because of
these very factors
is further contracted
to a collection of usurious bastards
who in exchange
for the valuable service of keeping
job security, benefits, or
decent wages from tainting
the low end of the labor market
scrape a mere fifteen or thirty
percent off your paycheck.

All day today, with even less reason than usual to be at work, I alternated reading Lester Bangs and Elaine Pagels with wandering the halls and eating microwaved White Castle cheeseburgers out of the vending machine over in building four. 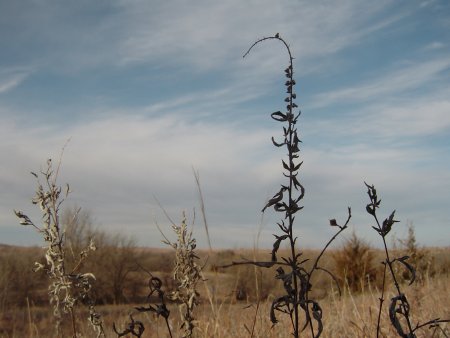 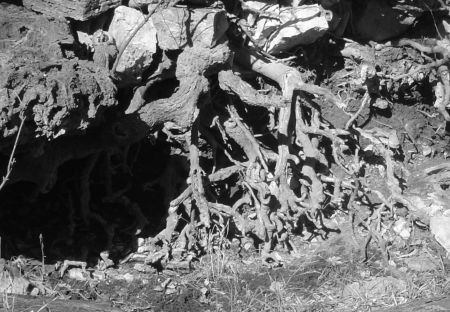 shot through with the crystalline moonlight the owls frolic
with abandon

The short poem above is actually the output of a routine to express variation within a block of text. Given a block of text where sets of alternative words (or strings in general) are marked off within curly brackets and separated by pipes, it randomly selects among the alternatives. Thus:

the red light
spoke to her
of a tragic past

Even without nested alternatives, conditionals, or any kind of branching, this is surprisingly flexible. You can take a look at the source, if you like, or reload this entry to get a new variation.

May 10, 2016 edit: Since this site is now generated statically, the poem above will only change when it's republished.

critique, or go read illuminatus! instead

So last night I got about halfway through The Da Vinci Code. Why not, right? Next time someone asks, I can say yes, I have.

The thing is, I've read worse. The writing is bad, for several values of bad, but it's also a fast, easy read. Because I grew up on genre fiction, I think this is generally a virtue, and it suggests that Dan Brown has some skill as a writer.

On the other hand, this doesn't come close to excusing his claims to "exhaustive research" and authenticity. Code is a lecture chopped up and inserted into a plot. As such, it could be a lot more tedious to read, but it could also be a lot less full of shit.

The subject of Brown's lecture is a conspiracy theory knit together from, roughly, feminist neopaganism and that whole goddess worship thing, early Christianity, gnosticism, art history, and the Evil Roman Catholic Church. There's nothing intrinsically wrong with grand-scale conspiracy theory as entertainment. Its more skilled practitioners can recombine the elements of history & culture in a way that's downright fascinating, maybe even illuminating. The satisfaction - the whole "it all makes so much sense!" vibe - that a really well-wrought conspiracy or secret history can deliver must reflect something about the human desire for a comprehensible world system, the longing to be really in on something. (You could argue that most successful religious movements function as special universe-scale conspiracy theories.)

The problem here is that Dan Brown doesn't really know what he's talking about, and his sleight of hand isn't nearly good enough to render this irrelevant in an artistic sense - or in a moral one, if you notice the meta-fictional pose of expertise and veracity.