DREAM LOGIC, a narrative from just before i woke up this morning

I am James Bond, and I am somewhere in Canada on a mission to kill several people in the snowy fields. There is a girl here I met in Nepal, and she is running her mother’s gun shop. She shows me a World-War-I-era repeating rifle which would need a little work, and something that is like a plastic derringer which accepts .22 cartridges.

Time passes, and it becomes clear that we are all actually in the library. T and my friend Isaac are present, along with Tui and one or more of my sisters. A crazy man in a dark coat with a mustache is running through the building, offering everyone handfuls of pastel-colored wafers which are like Sweetarts only grainier, and laced with various drugs. I take a handful and put them in my pocket. The man in the coat explains that the gray, crumbly ones contain mescaline. I absent-mindedly munch on some of the wafers while checking my e-mail.

As we are leaving the library, the cops come tearing into the parking lot, flashers flashing, and I realize that someone has called them about the crazy man with the drugs. I try to ditch my pocketful behind a pine tree, but it is clearly too late - we’ve been spotted, and I notice as I scatter the wafers hopelessly that most of them actually have crumbly gray centers.

The cops are interviewing us - the most vocal has also has a mustache, and ridiculous cop-glasses like I wore to Harvest Moon one year. He won’t really believe that there is a rationale for all of us to be together near the library (several of the party are underage, and I have a vague sense that T has gotten into the whiskey and is actually puking on a pine tree). I have to explain about New Zealand and Nepal and Isaac being a high school teacher. The cop doesn’t buy any of it, but I think he’s probably going to let us go, except that suddenly I get the Fear and throw myself at him, fists flailing - I can feel my shoulder hitting his goofy white cop-helmet - and after that it’s a bit of a blur as we’re shoved in the back of the cop car and they start driving.

At this point, I haven’t been James Bond for a while, but we’re back in the frozen North, and the girl from Nepal is still with us. There are at least five people wedged into the back seat. The cops take off like mad straight onto this snow-packed embankment and hit it at about 45 m.p.h. “We’re gonna roll,” I say, and the cop with the mustache, who is driving, says “That is my intention.” And then we do roll, and I black out for a bit.

We all come to and crawl out of the car, which is upside down on its roof. No one is hurt, except for mustache-cop, who has an enormous welt on his head from hitting the door frame or maybe the steering wheel. We are near this dilapidated wood frame house, and somewhere in here it dawns on me that the cops took their own handfuls of drug wafers from the crazy man at the library. We sort of wander inside the house, where there’s a propane heater/stove thing in the middle of the single bare room. “We’re going to start a bonfire,” says a cop, and so we all manhandle the entire cop car, stinking of gasoline, inside the house and onto the top of the stove. Someone covers it with an old sheet.

I’m feeling a lot of pressure behind my eyeballs, and a certain amount of jitteriness. I say “This stuff isn’t doing anything,” and then someone turns out the lights for a second and all these weird colors flash across everything. “Holy shit,” I say, and walk over to this picture window that has appeared in one wall. It’s gotten dark outside, and I’m overwhelmed by this wave of intense visual effects. Red phosphorescence fills the sky, random blue-and-green flashes highlight the landscape, and every point-source of light becomes a blazing white streamer. Strange objects made out of light swim in the periphery of my vision. Isaac is standing on a hill in the snow wearing one of those coats with fur around the edges of the hood. There are evergreens everywhere and we seem to be on the edge of some vast forest. Behind me, the cop car has begun to burn.

I turn to the cop with the mustache and say “I fucking love hallucinogens.” Or, at least, I qualify it, my experience of them so far.

Notes: I have never been to Nepal. Or the frozen North. Also, I have never done mescaline. Isaac really does teach high school. We hide the whiskey from T these days.

CarolAnn: i ain't gonna lie, i'm not as wild about zombie invasion as many people are

me: that's fair.
it's feeling kinda played out, thematically.

CarolAnn: zombies or very awful poetry?
the thing with zombies may be in part that i am so sick of hearing how cool it would be

me: zombies more.
and yeah.
it would not be cool.
it would be like being in a zombie flick.
except infinitely worse.

CarolAnn: it would be gruesome and we would all die, and everyone who thinks they know exactly what to do would be horribly wrong about that.

me: All of which would make for a pretty good zombie flick.
Very meta but in a depressing way.
this may be our problem with everything, in a nutshell.

CarolAnn: that could be on a t-shirt, really. 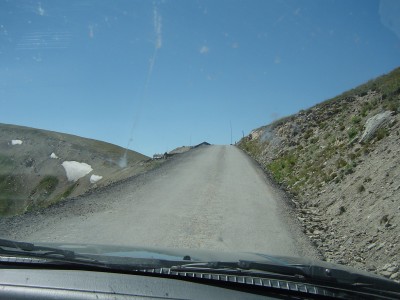 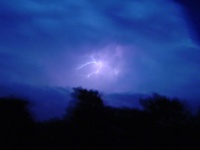 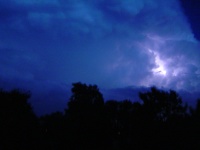 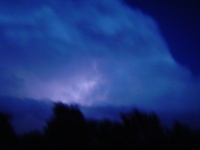 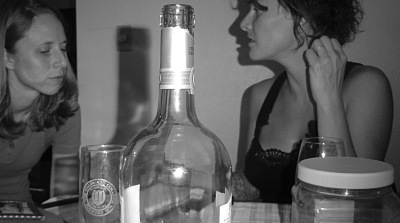 So I got canned the other day, along with a slew of co-workers.

These things are hard to quantify, but there really should be a function to give my current ratio of rat-from-a-sinking-plague-ship relief, r, to dawning financial despair, d.1 The change over time feels predictable enough, although I started with an abnormally high value for r.

1 Currently standing at around 25:1, but do stay tuned.