you turn the lock of the password,
the keys rattling in your brain and
fingers moving awkwardly over the buttons
half drunk and half confounded by the
chiclet feel of a commodity laptop

you think about getting a watch
like the one you had in jr. high:
a timex ironman triathlon with all
the lap timing features and
about six buttons on it
— a digital watch, unapologetic
for how goddamned ugly it is
how liquid crystal, plastic and
angular

and now, as you wait
breathing hard beside the cars at
a stoplight on the way to work,
the slowest thing on the road
you wish you could look down at your wrist
and see the beautiful illusion of concrete fact
in those gray segmented numbers
diagramming their microscopic crystal beat

maybe you would watch the seconds roll
and count the beats of your heart
maybe you would think about datestamps and the epoch,
listen to the blood rushing in your ears
and mark the angle of the sun just as
the light changed from red to green.

me: america is going to hell when it dies.

CarolAnn: and they will no doubt greet us as liberators

someone says
approach this conversation like an argument
you say
why should i do that?

Tonight, I established that I cannot in fact approximate Indian cooking on the basis of a ten minute conversation with someone who is following a detailed recipe + having purchased some appropriate sounding spices.

I also decided that frozen vegetables are generally crap. Not so much because they are frozen as because they were insipid, genetically abused industrial products before they ever left the dirt. (Or whatever growth medium they produce these things in.)

(Hey nerds: I got me a GitHub account the the other day. It seems generally useful, if a bit glitchy.)

It's gotten to where I can't even imagine how to write anything about drug laws without coming off like that angry dickhead who takes his Reason subscription a little too seriously. This is what the sheer strain of being right all the goddamned time will do to you. I like you guys, so I'm just gonna squelch the editorial impulse. Besides, shouldn't this be a day to celebrate rather than condemn?

I know — why not join NORML, while you're thinking about it? 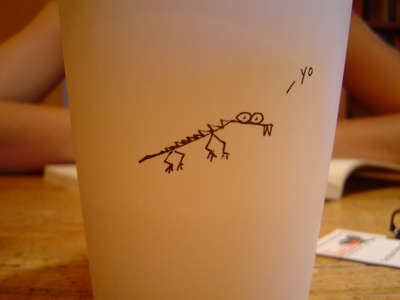 Anyway, it occurred to me to find some music, and pretty soon I found myself thinking that there's no good reason Rhythmbox shouldn't let me select, for example, the contents of a playlist and send the corresponding files to some arbitrary location.

Well, I sez to myself, I sez, this is not iTunes. This is not how we roll. I will bet there is a solution to this problem. So I have a look around ~brennen, and what do I find but ~/.gnome2/rhythmbox/playlists.xml.

So here's playlist.pl. The original was about 12 unnecessarily verbose lines, but I hear you're not supposed to process HTML with cheesy regexen. This one uses XML::Simple just for kicks.

For good measure, I guess it should escape spaces and read those INI-file style playlists that Rhythmbox also generates.

Songs on my hard drive with "Jesus" or a well-known alias in the title:

I expected to find more.

The road to hell is paved with special cases.

— but that's every age, every ongoing moment
the records scarcely contain and
art seldom transmits more than
a fraction of the truth of any
arrangement of persons and facts
considered as a totality, as what it
necessarily was
the real shape of 1922, 1967, 1981
gutters and dissipates, consumes itself
in consequence,
until it's no more possible to apprehend
than the hour of the crucifixion

it's palm sunday, april 5, 2009
in colorado and outside
my window an uncertain snow is
just on the edge of visible

in memory, the tiny church in kansas
children with palm branches
the idea of triumph proceeding backwards
from the coming tragedy, the necessary loss
waiting its ceremony
biding, in the familiar telling, its agony.

I'm thinking about how to do revision control for just over a gigabyte of Eagle design files, Gerbers, and related documents.

Whatever I use needs to cope sanely (if not elaborately) with lots of binaries, provide enough hooks that I can make a byzantine in-house build-tracking + inventory system talk to it, and not interfere too badly with the habits of a bunch of engineers on Windows desktops. Major bonus points for being able to expose it to the public using standard tools. No points at all if it isn't free (libre) software.

I'm halfway tempted to see if Subversion can handle the whole mess. The cool kids are all moving on, but most of the people I'd need to train have at least seen svn in operation, it's known to work well on Windows, and there are nice, friendly desktop clients. Then again, given that most of what I'm storing isn't human-readable text, aren't there better tools than code-oriented version control systems?

Outside it might or might not snow. Inside I sit looking at Gunbarrel through the office window. Bland commercial buildings, ducks on the irrigation ditch, parking lots, low-hanging clouds, things generally colored like the modern American West. 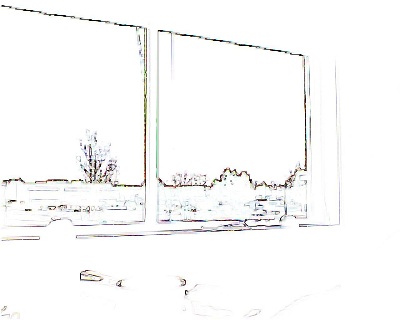 I could leave. I want to leave. I'm not even sure if I'm referring to the fact (established!) that it's after 5:00 on a Friday afternoon and I'm still at work, or that it's the spring of 2009 and I'm still in Boulder. Either way, I'm just not sure where to go next.